On Tuesday, the last instalment for the year of York’s Sofar Sounds took place at Vita Student York. It ended the season with a bang, featuring one of York’s hottest bands, The Howl and the Hum. Also playing on an eclectic night were Leeds’ Peakes and Hyde Park Brass as well as Jakob Lindhagen and Vargkvint from Sweden.

Review and Photos by Graeme Smith

It’s really quite impressive what they’ve done with the old nunnery on Lawrence Street. When construction started there a few years back everyone thought the same thing: oh no, more student halls. Yes, that’s what Vita Student is, but they have retained a lot of original features and it proven to be the ideal venue for the intimate type of gig that for which Sofar Sounds are known.

Starting the night were Swedish duo Jakob Lindhagen & Vargkvint. The pair, who are really two solo artists that are touring together, took turns playing their music and supporting each other musically. While Vargkvint’s style was quiet folk, inspired by the sea, Lindhagen’s music was instrumental and experimental and would definitely appeal to fans of Sigur Ros. Between the two of them they wheeled out an impressive array of instruments, the most unusual being a long, broad saw played with a bow to haunting effect. 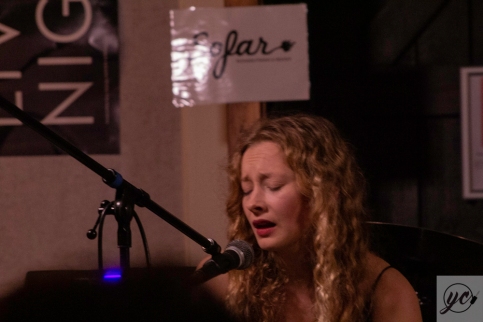 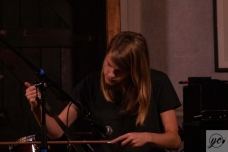 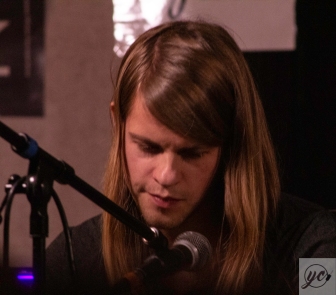 So, how do you follow a chilled, experimental duo from Sweden? With a nine-piece brass band from Leeds of course! Hyde Park Brass are the kind of lively brass band that have become a big hit at festivals recently so it was kind a change of pace for them to be filling a small room with the audience less than a metre away from them. There was only one way to handle it and that was to get people up and dancing with their lively original tracks and covers of classic dance hits. The climax of their cover of I’m A Different Person (Lola’s Theme) by The Shapeshifters gave me goose-bumps.

The next act, Peakes, also hail from Leeds but were quite a different prospect. The three-piece featuring drums, keys and vocals play electronic indie of the ilk of Indiana or London Grammar. They played tracks from their upcoming EP as well as a crowd pleasing cover of Kate Bush’s Keep Running Up That Hill, the latter featuring some aggressive electronic drums and impressive vocal high notes. 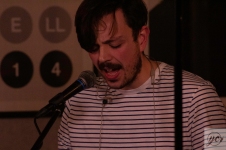 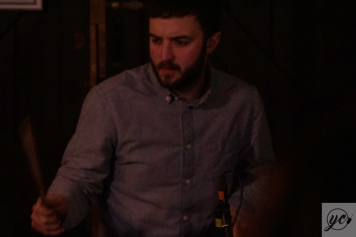 There was just enough time left to catch a bit of The Howl and The Hum. The York band, fronted by Sam Griffiths, have been really getting some buzz this year and it was great to see them in such an intimate space. They’re sound, which is best described as poetic country with some added funky bass, absolutely filled the converted chapel. It was easy to see what all the hype was about.

Thanks to Sofar Sounds for continuing to put on such quality nights of music. Make sure you get yourself down to the next one.