On Tuesday, American rock legend and former Hold Steady front man Craig Finn came to The Brudenell Social Club in Leeds with his band The Uptown Controllers as part of their current UK tour. Joining them on tour and opening the night was singer-songwriter Laura Stevenson.

Laura opened the night in a hushed fashion, delivering a set of stripped back stories accompanying herself on electric guitar. Lyrically, she was a little reminiscent of Laura Veirs, most notably during her track Nervous Wrecks, sharing some of the nautical imagery that her namesake loves. In many ways, Laura’s set felt like the calm before the storm that would be Craig Finn, the liveliest Laura got was when she would coax her guitar to a crescendo. 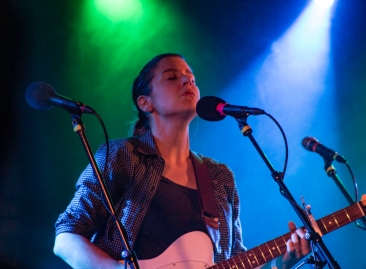 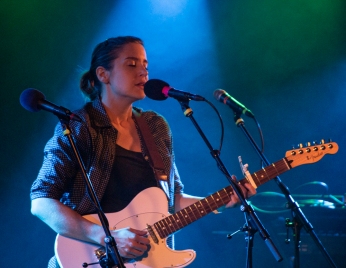 But the night was all about the explode when Craig Finn took to the stage alongside his band The Uptown Controllers. Anyone familiar with Craig’s work with his current band or his former band The Hold Steady would know to expect an animated and passionate performance from him, and they wouldn’t be disappointed. Craig delivered everyday American stories through his expressive spoken-word style, flinging charades with his arms to emphasis points or to accompany the plinking of the keyboard. 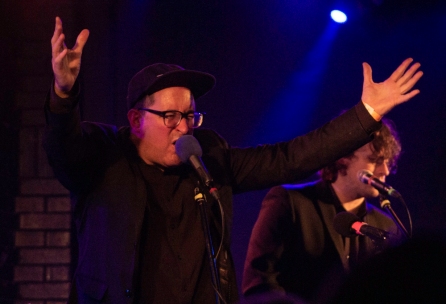 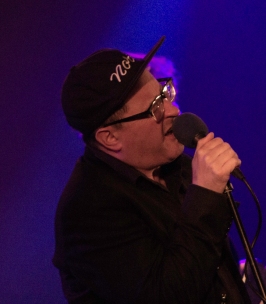 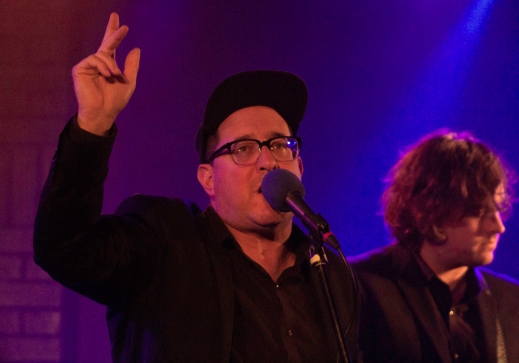 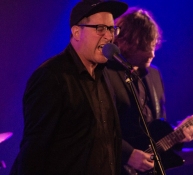 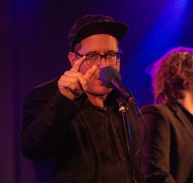 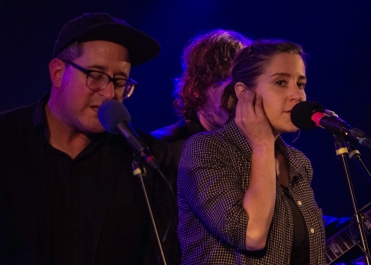 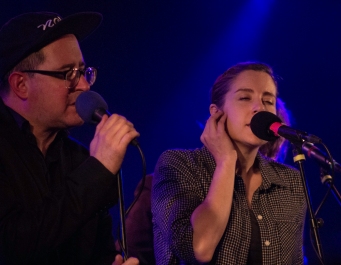 The Uptown Controllers matched his energy with a mix of drums, bass, guitar, keys and brass. Their sound firmly rooted in blues and funk, it was a distinctly different sound to Craig’s Hold Steady-era rock, but the man himself was unchanged, telling tales of the life around him, such as being worn down with eternal gratitude in track A Bathtub In The Kitchen. Though he can come across jaded, Craig was quick to point out on stage that he always tried to remain positive. However, it was clear that wasn’t always possible, with some of the tracks from his new album I Need A New War very much mired in the cynicism of Trump-era USA.

Laura Stevenson made a welcome return to stage to join the band in a few numbers before Craig announced that they would, in the spirit of honesty, do away with the tradition of walking off stage before the encore and get straight into it. It was one hell of an encore.

I’ve always been under the impression that Craig’s mission is to make you think in one moment and make you dance in the next. With the Uptown Controllers by his side, he can consider mission accomplished.